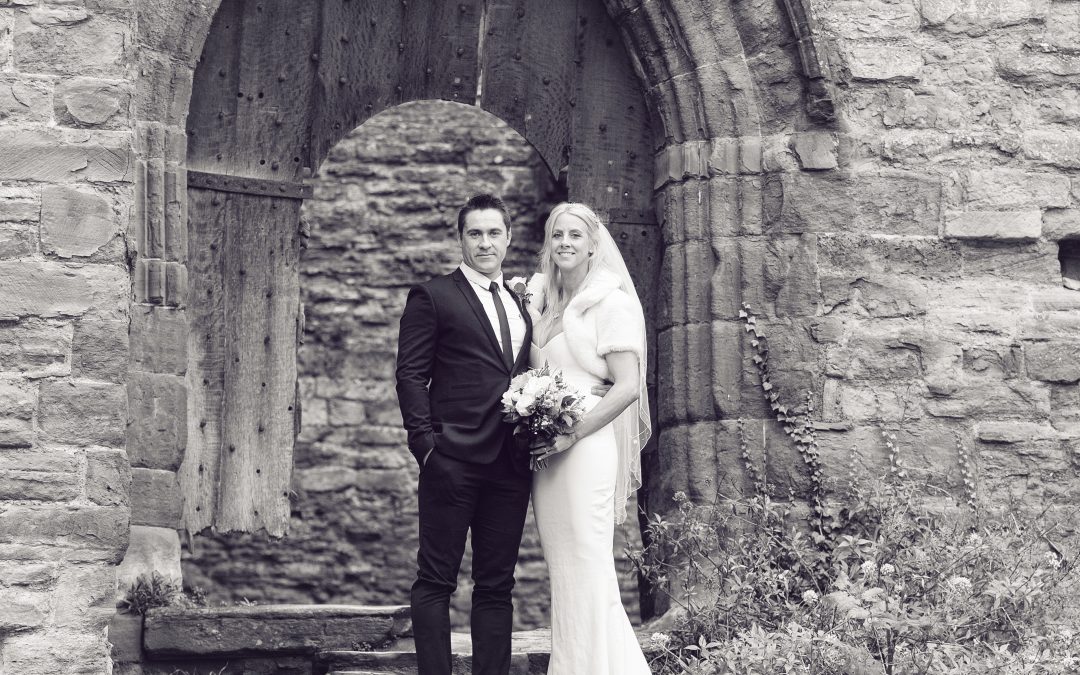 If you are looking for a stunning Shropshire wedding venue, somewhere steeped in history, you can’t get much better than Ludlow Castle in Shropshire.

Last summer, I was asked to be the Shropshire Wedding Photographer for Lindsey Bodenham, who grew up in the town of Ludlow and whose family run a shop there.

Bodenhams is a very well-known, family-run business located at the heart of Ludlow.

It has been trading from a 600-year-old timbered building since 1860 and is one of the oldest stores in Britain!

So, it’s no wonder that Lindsey, who now lives in Australia, wanted to get married somewhere historical and in her hometown.

Lindsey has lived in Australia for 12 years and met her husband Chris (also English) in Sydney three years ago.

She said: “We were very excited about the wedding, which we decided to do in Ludlow as we are both English, even though he has been here for over 20 years!

“It also means a lot less pressure and travel for family to come here. Plus, I was very excited about getting married in the Castle!”

Ludlow Castle is one of the finest medieval ruins in England. Set in glorious south Shropshire countryside at the heart of the superb, bustling black & white market town of Ludlow.

The Castle, firstly a Norman Fortress and extended over the centuries to become a fortified Royal Palace, has ensured Ludlow’s place in English history.

Originally built to hold back unconquered Welsh, passing through generations of the de Lacy and Mortimer families to Richard Plantagenet, Duke of York.

It became Crown property in 1461 and remained a royal castle for the next 350 years.
Abandoned in 1689 the castle quickly fell into ruin.

Since 1811 the castle has been owned by the Earls of Powis, who have prevented further decline, and allowed this magnificent historical monument to be open to the public – and for weddings!

Today the Castle is the home to Ludlow’s major festivals throughout the year and open for all to enjoy – as well as weddings!

The ceremony between Lindsey and Chris lasted around 25 minutes and was held in the Round Chapel. It was followed by drinks and canapés in the Beacon Rooms.

The wedding day itself in October was very wet. It caused the worst floods in months and was the most awful day of rain in a long, long time.

Not ideal for your wedding day. BUT – the wonderful happy couple still managed to smile and enjoy their day and we were able to get 10 mins outside in the castle grounds before they sat down for dinner.

Lyndsey said of the wedding pictures: “Wow! These are amazing! You’ve done a smashing job. Thank you so much! It was so lovely seeing you again and you made the day even better – thanks for joining in and being so awesome. LOVE the photos!”

Aww, well I can’t ask for more than that. Please enjoy looking at some of the wedding pictures of Lyndsey and Chris at Ludlow Castle, Shropshire. If you’d like to read another post about top tips for your wedding day just following the link here.