Weddings including animals in Shropshire 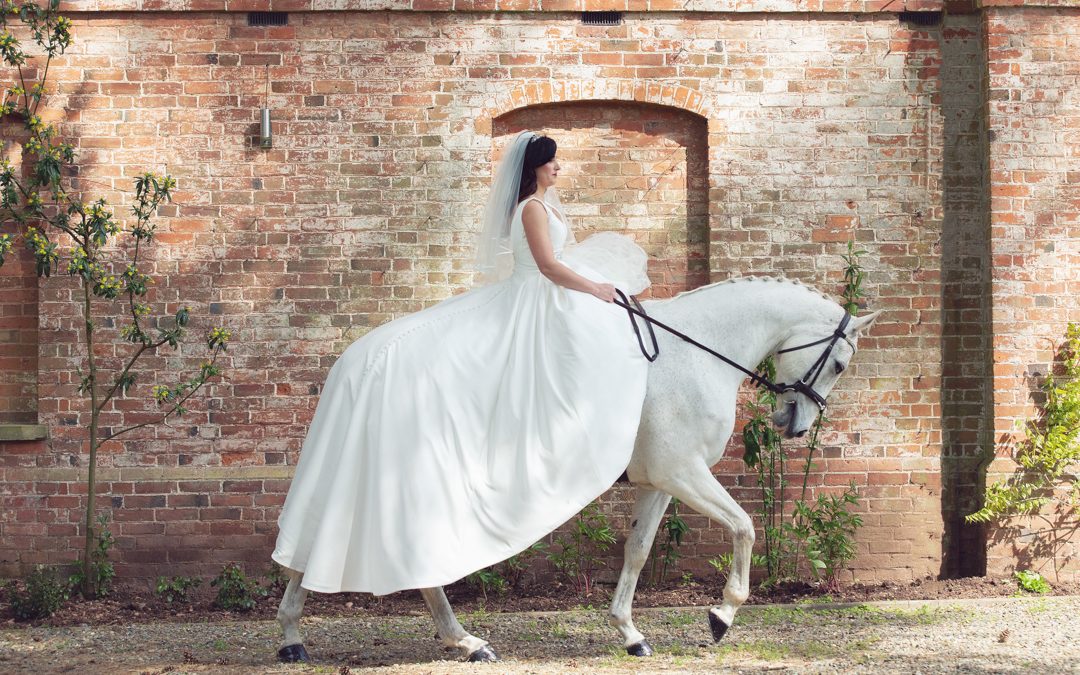 As you know I love my job and am always a fan of the bit unusual, so I have worked on a few weddings including animals in Shropshire now.

Recently a wonderful couple included their horse ‘Mr T’ in their wedding photos, the resulting images certainly look like something from a fairy-tale even if I do say so myself!

Claudia and Jack McIntosh married earlier this summer in a ceremony at Henley Hall, a Grade II listed country house near Ludlow. The couple have had a whirlwind romance meeting just 10 months ago at Jack’s cousin’s wedding in Tenbury Wells.

Claudia, 34, had been best friends with her husband-to-be’s other cousin since she was nine, and knowing the pair were single, they were introduced.

The couple got chatting and sparks flew, and Jack returned to Ludlow, where his future bride-to-be lives from his home in Cumbria the following weekend.

A few holidays followed, and Jack proposed on top of a mountain in Tignes, in the French Alps in March.

Claudia said: “We planned our wedding in just four weeks. We got married quickly because we just really wanted to be married and don’t know why many people wait so long! We knew each other was the ‘one’ really quickly and we just knew we wanted to be married.”

The couple chose Henley Hall Ludlow to tie the knot and have their photos taken, before heading back to their family home in Ludlow for a reception for guests. Mr T is stabled in livery at Claudia’s friends nearby and Claudia diligently washed him ready for his close-up the day before her wedding.

“But he rolled in muck, so my friend had to wash him again on the big day and she plaited his mane and bought him in the horse box for me for the wedding photos. I wasn’t brave enough to ride him down the aisle, but I am so glad he came as he is part of the family.”

Mr T is a 13-year-old, 16-hand, grey, Selle Francais, who has competed in eventing at a high level. Claudia, is planning on competing with him more in the future.

For his photos I spread the Claudia’s wedding gown by designer Stella York over the back of Mr T to create the portraits, which also show Jack leading his bride on their beloved horse down the picturesque pathways and some with their six-year-old daughter and bridesmaid.

I do a lot of countryside and farming family weddings, and live on a farm myself, so I am used to photographing animals and couples wanting to include their dogs in the photos. But I haven’t had anyone bring an animal so large and majestic as Mr T to their wedding venue!

Fortunately, he behaved impeccably well and went along with all the poses we came up with and I think the end results are simply stunning. It really does look like a fairy-tale.

Claudia said: “It was a lot of work for us to bring Mr T, but we like the unusual and we wanted our whole family to be represented in the photos. We couldn’t be happier with our wedding pictures and we feel they really do depict our love story perfectly.”